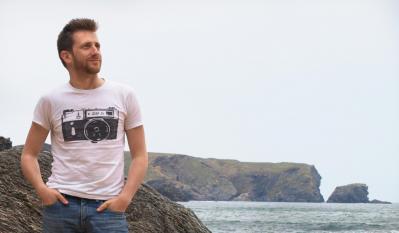 Egrégor, whose real name is Johan-Bastien Polle Di Noia, was born in Picardy, a region that is special to him. The remarkable skies, the forests and its important patrimony lead his first love to architecture and sculpture, a passion that he concretized by acquiring the Pavillon Henri II (France). This ensemble forms the envelope in which this photographer evolves with an honest and profound approach.

Since his adolescence, he has been attracted to the graphic arts, particularly photography. If the beginnings of his photographic work are born in 1999, the mastery of techniques becomes solid in 2007. The first works then germinate, followed by the real inspiration that hatches in 2011.

"What I enjoy most about photography is the relative perception I have of the things around me."

Egrégor's photos propose another reading of our daily life, of our immediate environment. Through the detail of reality, a remarkable light or perspective, through the focus on the almost insignificant element or a freeze frame on an unsuspected view, he seeks to show the intense and spiritual beauty of our environment. His photos force us to better perceive our place between micro and macrocosm, two dimensions that induce a recurrent theme in his works, the passing of time, which he strives to sublimate.

Egrégor presents his first exhibition "Fe2O3, precisions of corrosion" at the end of 2013 at the Pavillon Henri II (France). This will be the first of a series of three versions of his work around metal corrosion. His ambitions in this work: to demonstrate the beauty of rust in its colors, in its asperities, in its diversity, and in its intimate relationship to human concerns about the passing of time. The following year, he participated in the Off Festival of Photography in Beauvais where he presented the second version "Fe2O3, 2nd Bath". Then he exhibited his final version, "Fe2O3, 3rd Bath" first in London in 2015 for eight months, then again at the Pavillon Henri II. It is this version that will freeze his creations around this theme, considering that he has reached what he wanted: to give to see the material as close as possible to observe only an abstraction around the beauty and the awakening of the imagination.

In the meantime, he has also been selected two years in a row for the Beauvais Art Show, and has participated with two young artists, a painter and a draftsman, in the co-constructed exhibition "Art'Effect" around very graphic visions of lines and geometric shapes, created, imagined or captured in reality.

Since then, without having abandoned photography, he has devoted himself to building other parts of his life, has continued to promote his exhibition "Fe2O3, 3rd Bath", in a discreet way, while getting inspired for his next creations.

"I discovered with pleasure his talent as a photographer. I like his very pictorial conception of photography. Like a painter, he first has an inner vision of what he wants to show us. His photos, very well structured by a beautiful mastery of color and geometric shapes, are the reflection of his imagination: they give us to dream."
Dominique FOURNIER, Pianist and organist, former director of programs at TV5 Monde and director of cultural relations at France Télévisions. Author of the book "La passion prédominante de Janine Reiss : la voix humaine". 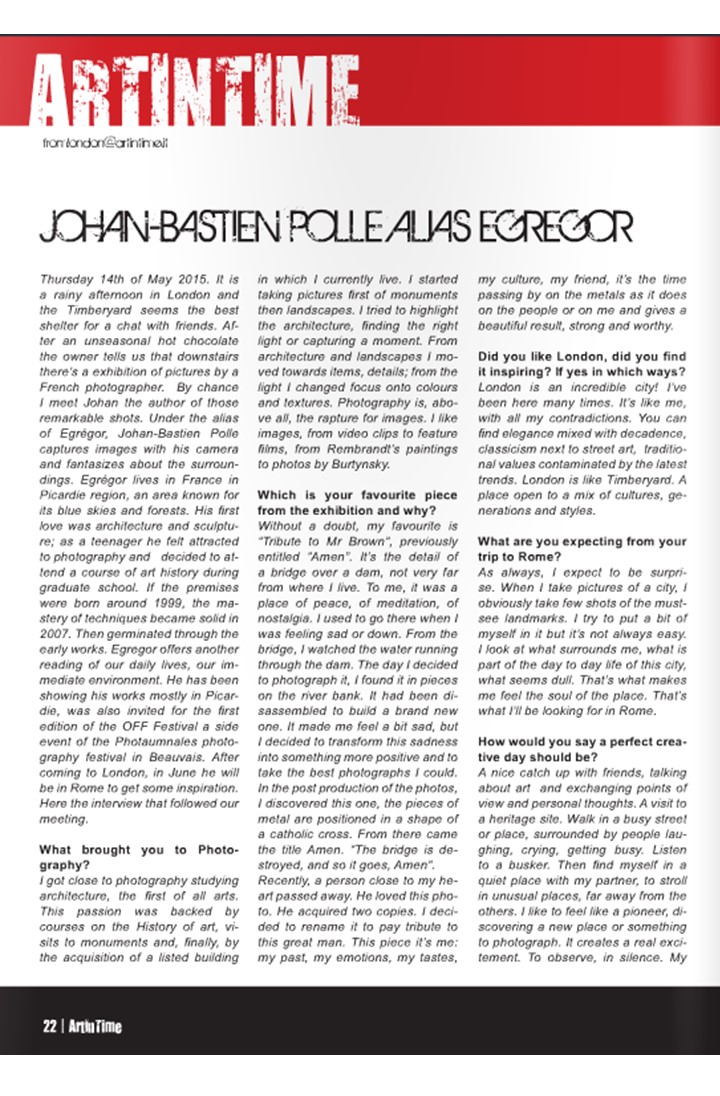 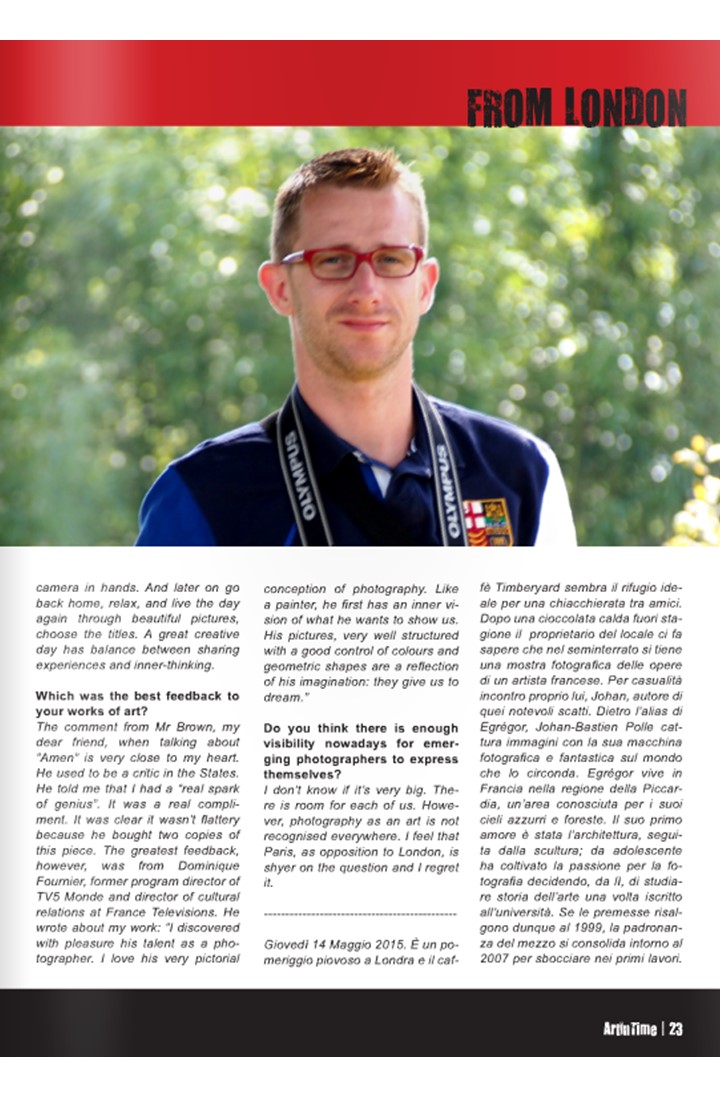 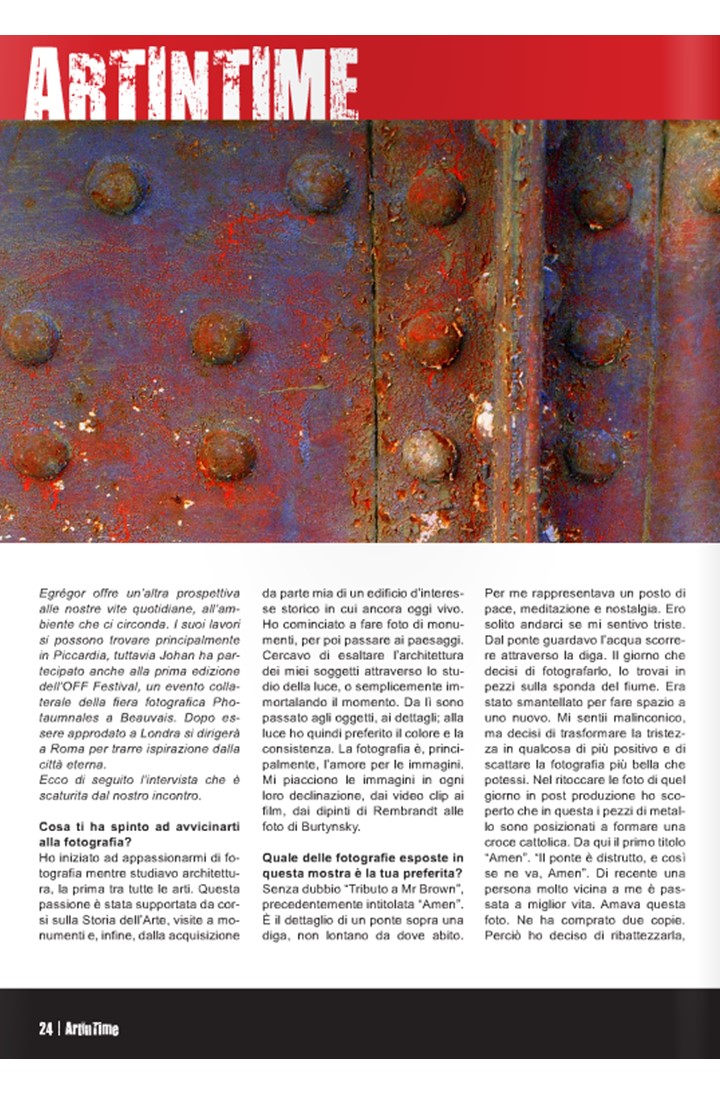 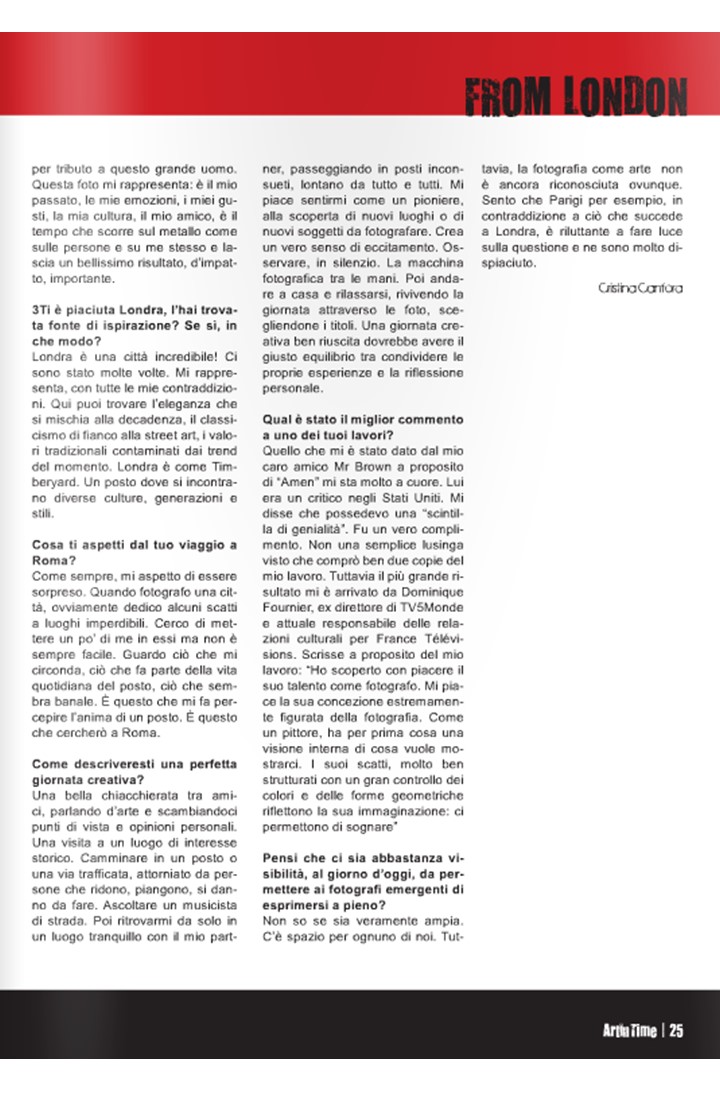